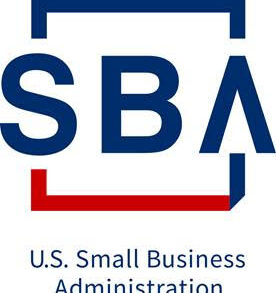 Which countries are dominant in the market, and other issues that affect trade.

Published by the US Department of Commerce

The United States and the Member States of the EU share the largest economic relationship in the world.  Trade and investment flows between the United States and the EU are a key pillar of prosperity on both sides of the Atlantic. Transatlantic trade flows averaged $5.3 billion per day in 2017, and the total stock of transatlantic investment was $5.6 trillion in 2017. [1]

The European economy entered a sudden recession in the first half of 2020 with the deepest output contraction since World War II. In response to the global pandemic major containment measures were introduced.  The euro area economy operated at between 25% to 30% below its capacity during the period of the strictest confinement.[3]

Overall, the euro area economy is forecasted to contract by about 8.7% in 2020 before recovering at an annual growth rate of 6% in 2021.  Looking forward to the second half of the year and 2021, the European economy is expected to bounce back.  The forecast for inflation in the euro area has been raised to 1.3% in 2020 and 1.4% in 2021, an increase of 0.1 percentage points for both years compared to the 2019 economic forecast.[4]

U.S. business continue to benefit from the EU’s border-free Schengen area, which covers 22 of the 27 EU Member States[5] and eases the movement across air, land, and sea borders.  Ireland opted out of the Schengen and it is not certain when Bulgaria, Croatia, Cyprus, and Romania will join.

The United Kingdom left the European Union on January 31, 2020, after 47 years of EU membership. In accordance with the Withdrawal Agreement, it is now officially a third country to the EU and hence no longer participates in EU decision-making.

The EU and the UK have, however, jointly agreed on a transition period, which will last until December 31, 2020.  Negotiations for an agreement covering the post-Brexit relationship are on-going.

Until then, it will be business as usual for citizens, consumers, businesses, investors, students, and researchers in both the EU and the UK. EU law still applies to the United Kingdom until the end of the transition period.